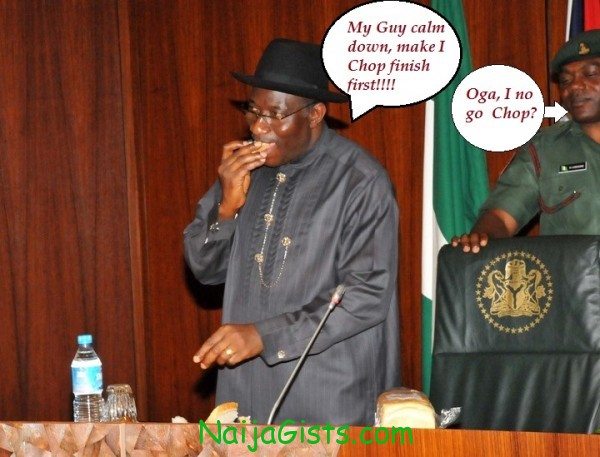 This is one of a kind news emerging from the state house, President Goodluck Jonathan as seen above is tasting cassava bread before the meeting of the Federal Executive Council.

“I have been eating it since this past one week. I think it is proper for us in council to formally present this bread to Nigerians. I will continue to eat only this bread until I leave the  State House. We must encourage what we have.”

Few weeks ago, the federal government said it had started plans that will enable it to save about N315 billion from the importation of wheat, by subsidising it with cassava, which is largely produced in Nigeria.

As part of showing government support for the idea of Cassava Bread, President Goodluck Jonathan tore a sample bread and handed a piece to his Vice president, Nnamadi Sambo for tasting.