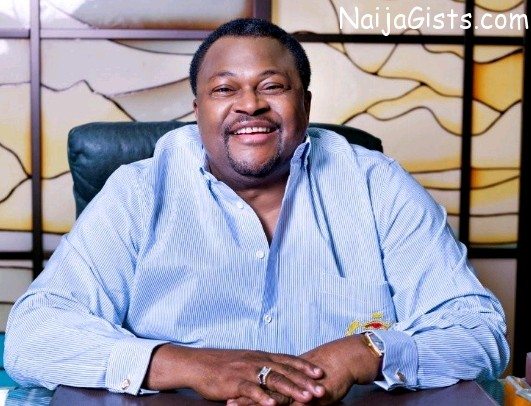 Born Mike Adeniyi Ishola Adenuga in year 1953 in the city of Ibadan into the family of Chief Mike Adenuga Snr. who’s a school teacher and Madam Oyindamola Adenuga, a successful trader and Yeyeoba of Ijebuland. naijagists.com

He attended Ibadan Grammar School, Oyo State for his Secondary education and later moved on to Northwestern State University, Alva Oklahoma in the United States where he studied Business Administration.

He earned a Masters Degree in Business Administration at Pace University, New York and in recognition of his business accomplishments and outstanding contributions to the growth of the country, he was awarded an honorary doctorate degree by the Ogun State University.

An encounter with Otunba Adenuga would reveal a man of uncommon intellect; a man with a deep passion for his calling; a man who is focused and considers achieving as a personal mantra. He lives a life that thrives on hard work.

His sojourn in the United States of America in search of the proverbial Golden Fleece added an exciting chapter to his impressive resume. Even though the young Adenuga came from a relatively comfortable background, he paid his way through school with money he raised from driving taxi cabs and working as security guard, at different times.

Adenuga is certainly no new kid on the block as far as entrepreneurial acumen is concerned. He had attracted national attention as far back as 1991 when his Consolidated Oil Limited struck oil in commercial quantity.  He is reputed to have distinguished himself in the business of importation at the young age of 22! And ever since, Dr. Adenuga has bestrode the world of modern business like a colossus.

His latest achievement has been the laying of an international submarine cable, Glo 1, which has gigantic capacity to Africa directly to Europe and America. The optic fibre cable provides excess bandwidth to all the cities connected to the cable, and has lead to a much faster and robust connectivity for voice, data and video.

The man Adenuga means different things to different people. A husband, father, team leader, role model, an entrepreneur par excellence!  Though he has made giant strides in several business categories, Nigerians would probably remember him more for his timely intervention in the telecommunications arena, where he seems to hold the aces that determine the pace of play.

Globacom’s historic introduction of Per Second Billing was the first time any network had launched on the billing platform. His network also pioneered such revolutionary products as Blackberry, vehicle tracking, mobile internet and mobile banking services in Nigeria. When the history of telecommunications industry in Africa is written, Adenuga surely would earn a chapter as a man who disrupted an oligarchic convention for the benefit of mankind.

Adenuga’s nomination was as a result of his immense contributions to the growth of oil and gas, banking and the telecoms industries in the country. Checks showed that Adenuga merited the special award due to the great sacrifice he made to ensure the re-invention of the country’s telecoms industry.

An astute world-class business expert, with worldwide business interests, Dr. Adenuga is a highly respected entrepreneur and one of the biggest employers of labour in the country. In the last two decades, he has established a pedigree as a well focussed and prudent manager of men and resources with the uncanny ability to successfully transform ideas and dormant businesses to highly viable enterprises.

Dr. Adenuga Jr. has always been in the news on account of several patriotic initiatives. Globacom is the biggest supporter of football in Africa and has raised the profile of football in Nigeria and Ghana with the sponsorship of the Premier Leagues and national football teams of the two countries. The company has so far spent over N6 billion on Nigerian football. It has also transformed the annual CAF Awards and made it the most glamorous sports event on the continent.

CAF has awarded Adenuga, the Pillar of Football in Africa for his strong support for African Football at both national and continental levels. At the 2nd edition of the Glo-CAF Awards held in Ghana, former President John Kufour declared Adenuga Africa’s No.1 Businessman for his promotion of the continent through his business empire.

Dr Adenuga has won numerous awards in recognition of his personal and business accomplishments among which is the African Telecoms Entrepreneur of the year for his courageous and rapid investment in the telecoms sector. He was early 2010 voted Nigeria’s Most Outstanding Business Personality in the last 50 years. In an online poll conducted by This Day, he polled 4272 votes to edge out the Chairman, Dangote Group, Alhaji Aliko Dangote who scored 4156. Founder of Diamond Bank, Mr Pascal Dozie, polled 3316, Olorogun Michael Ibru got 3073 while the Chairman, First City Monument Bank, Otunba Subomi Balogun  polled 2801.

In 2009, Dr. Adenuga won the coveted Silverbird Man of the Year Award, polling over 75% of the votes cast to edge out other eminent personalities such as the Governor of Central Bank of Nigeria, Mallam Sanusi Lamido Sanusi, Foreign Affairs Minister, Odein Ajumogobia, and the Akwa Ibom State Governor, Godswill Akpabio, among others. The annual award is facilitated by Silverbird Communications, owners of Silverbird TV and Rhythm 93.7 FM. Similarly, several other media organisations have also honoured the Globacom Chairman with their Man of the Year Award within the last few years.

In spite of his towering achievements, he remains an epitome of modesty.

Dr. Mike Adeniyi Ishola Adenuga Jr., is conferred with National honour of Grand Commander of Niger (GCON) doesn’t come as a surprise. This is because the Chairman of Mike Adenuga Group, probably the biggest business empire in Africa, can fittingly be summed up as the story of African enterprise.

He is undoubtedly one of the most recognisable names on the African continent. Born 59 years ago, Adenuga is a quintessential businessman who has made his mark so distinctly that world leaders speak glowingly about him.

One of the world’s wealthiest men, Dr. Adenuga sits atop what is generally regarded as one of the continent’s largest business empires comprising oil and gas, telecoms, aviation, banking and real estate.

In each of these sectors, Dr. Adenuga has moulded his companies into major, if not dominant, players. In the oil and gas sector, for instance, Conoil Plc is one of the largest and most profitable oil marketing companies in Nigeria.  Conoil Producing, the downstream arm of the conglomerate, made history by becoming the first Nigerian company to strike oil and produce it in commercial quantity in 1991. In banking, Equitorial Trust Bank (ETB) was one of the few banks that effortlessly met the N25b capital requirement during the 2005 banking consolidation exercise without going to the stock market. It only merged with Devcom Bank which was also owned by Adenuga. Last year, ETB merged with Sterling Bank.

In telecoms, Globacom is not only the most innovative network in Nigeria, it also, in its first year of operation, became the fastest growing in Africa and the Middle East, with operations in Nigeria, Ghana, Benin Republic, Senegal, Gambia and Cote d’Ivoire. Adenuga also has a multi-billion dollar investment in real estate. These companies provide direct employment to thousands of workers and millions of others indirectly.(Source: News Of The People Mag)