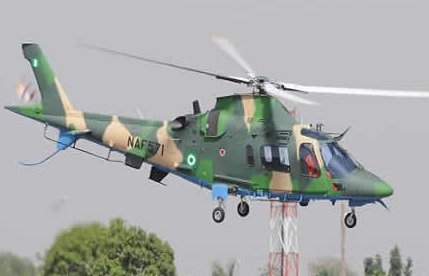 The Nigerian Air Force said on Sunday that it has neutralized several Boko Haram terrorists and destroyed their tactical command centre in Borno state.

NAF spokesperson,  Air Commodore Ibikunle Daramola said in a statement that air interdictions were conducted against the terrorists in the Sambisa general area.

Here is his announcement:

“The operation, which led to the obliteration of a major tactical command centre as well as the neutralization of several terrorists, was executed today, 10 June 2019, after persistent Intelligence, Surveillance and Reconnaissance (ISR) missions led to the identification of a compound within Alafa on the fringes of the Sambisa Forest that was being used by the terrorists as a command post. Accordingly, the ATF dispatched an Alpha Jet to attack the location.

“Overhead the vicinity of interest, the target compound was spotted with heavy presence of terrorists.

“The Alpha Jet attacked the location in successive passes scoring accurate hits on the target leading to the obliteration of the tactical command centre and neutralization of several BHT fighters.”