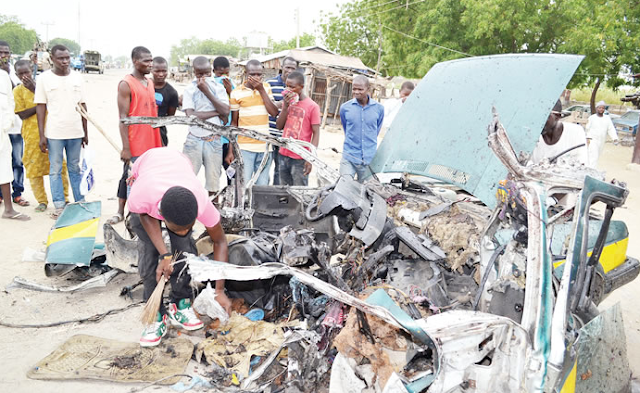 President Muhammadu Buhari yesterday sent a delegation to Rann for firsthand information on the accident, which the Air Force has “deeply” regretted.

According to a source, who gave technical insights into how the error occurred, the incident was due to “failure of intelligence”.

“What happened was that a foreign nation, which had been assisting in the counter-insurgency, provided an intelligence alert on the regrouping of some insurgents in Rann.

“The foreign country based its alert on what its surveillance radar picked. The alert indicated that the insurgents must be smoked out as early as possible. It was on this basis that the Air Force deployed its jet.

“The error occurred because the IDPs camp was not among the list of camps made available to the Air Force. There is a strong suspicion that the camp was recently set up by emergency bodies and Borno State without updating the list given to the military.”

The source pleaded that the country’s name should not be revealed. He stressed that there was no coordination between the military and the emergency bodies on the camp in Rann.

“Yet, we cannot blame the foreign country because it had always given credible intelligence to the military, especially on Operation Lafiya Dole,” the source said.

Another source, who pleaded not to be named, spoke of a technical investigation of how the incident happened. The probe involves the military and security agencies.

“It is going to be a comprehensive audit of the information available to the Tactical Air Command, the directives given to the pilot and his crew, how the flight took off, why the plane could not distinguish a settlement from insurgents’ clusters and why the bombing was done,” the source said, adding:

“It is going to be a classified investigation because a lot of international and national forces/ intelligence agencies are collaborating in the Northeast.”

The pilot and his crew have been grounded for interrogation as part of the preliminary investigation.

“I think we will all come out stronger after this investigation. This is an Air Force that has recorded 6,000 hours of counter-insurgency missions without hurting any civilian. Everyone is actually sad here,” the source said.