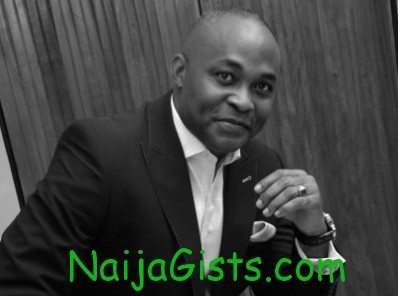 When listing the names of Legends present in the Nigerian movie industry Nollywood there is no way the list will be complete without mentioning famous actor Richard Mofe-Damijo popularly known as RMD. The veteran and yet still very good looking actor was born on the 6th of July 1961 in Delta State, a part of Nigeria that is very popular for its culture. Growing up over the years the actors story is one that is rare as he made his name at a much older age compared to his other colleagues.

Richard Mofe-Damijo’s career has spanned over various fields which include broadcasting, entertainment and even politics. His story is one that is filled with many ups and downs and is a proof that with determination the sky is the starting point. The famous actor is the one that coined the popular phrase “Who age epp” as he holds strong convictions that age is just a number and wisdom is a virtue that is attributed to anyone and not just old people. This his philosophy of life is definitely working out for him as he keeps breaking new grounds and is one of the most prominent actors in the whole Nollywood.

The actor spent most of his life in Delta State where he had his secondary education at the Anglican Grammar School and was involved in a lot of dramatic plays during his early years. He found his passion early and thus decided to pursue a career in the entertainment industry by studying Theatre Arts at the University of Benin (Uniben)  even though his mother wanted him to study law.

Richard Mofe-Damijo went into the broadcasting world after he was done with his education. He worked for some of the popular media houses such as Concord magazine by late Nigerian visionary Moshood Kashimawo Abiola (MKO) and a few others. After a successful stint as a journalist RMD decided to follow his first passion and thus started his career as an actor. He had his first professional role in a soap opera titled “Ripples” and since then has gone to feature in over 100 movies till date. He is currently one of the most sought after actors in Nigeria even though he admitted in an interview he has not featured in up to 150 movies.

RMD is the host of some reputable awards such as being the first actor to win the award of Best Actor at the first  edition of the Africa Movie Academy Awards (AMAA) in 2005,what makes this feat stunning is that the movie was also produced and written by him, the movie was “Out of Bounds”. Other awards in which the actor has to his name are Special Recognition Award at the Best of Nollywood Awards in 2012 and the Lifetime Achievement Award at the AMMA in 2016.

From the awards listed above one can see that RMD contribution to the Nigerian movie industry has been invaluable over the years, he his not only a veteran actor but he is also regarded as a ‘young’ father to many in the industry.

RMD was married to the popular magazine editor and TV personality May Ellen Ezekiel famously  known as MEE. The couple were well known as they were both very good in their profession. It is quite unfortunate that Mary Ellen Ezekiel passed away in 1996 during a surgery to treat fibroid in an hospital in Lagos. The death of his wife was said to have taken a heavy toll on him and kept him away from the public scene for a while.

RMD and his former late wife MEE’s union gave birth to a boy named Ogenekome followed by a girl.

A few years later, after mourning the death of his wife RMD got married to TV host Jumobi Adegbesan.

Jumobi Adegbesan now known as Jumobi Adegbesan-Damijo after she tied the knot with RMD is a journalist that used to work with AIT talk show ‘Lunch Break’, but has left her career as a journalist in a quest to make her name in the corporate sector. One she seems to be doing quite well at. The couple got married in 2000 and are blessed with two children.

After a successful stint as an actor Richard Mofe-Damijo decided to go back to school and increase his professional qualifications. He enrolled at the University of Lagos in 1997 in pursuit of a degree in Law. The actor has confirmed on several interviews that his decision to go back to school was motivated by the promise he made to his mother that he would graduate from Law school while he was much younger, it is quite unfortunate that his mother passed away before she was able to see him fulfill that promise . He completed his programme and graduated from the university in 2004, he was subsequently called to bar the following year.

Richard Mofe-Damijo can add politician to his certificate as he was once the commissioner for Culture and Tourism in a South South state in Nigeria, Delta State. He had to withdraw totally from the entertainment scene while he was holding the public office.

No doubt the actor brought the prowess he possessed on the TV screen to the government ministry because he was really loved and his ministry received wide legitimacy fron the people of his state. He was one of the individuals that were picked to be worthy for a second term.

It is quite surprising the actor didn’t decide to further his political ambition as he was quite popular and might have been a strong contender for more vital public offices.

There are speculations RMD might still go into politics in the future as he is a strong critic of government policies. Well, let us wait and see what the future holds for the veteran actor.

RMD made his big comeback into the movie industry in 2014 and it was epic. His epic comeback is definitely a proof of the theory stated by famous American artist Dr. Dre who said that for people to love your stuff more you have to make them miss you.

Richard Mofe-Damijo definitely came back with a ‘bang’ and has since then gone to feature in most of the greatest blockbuster movies of all time, an example is “The Wedding Party 1 & 2” in which he played the father of one of the main characters. Wedding party is the highest grossing movie of all time in Nollywood and so it is quite impressive that the actor was featured in it.

Richard Mofe Damijo is already an household figure in all of Nigeria with him appealing to both the old and the new generation.

Richard Mofe-Damijo is definitely at the prime of his career, he is currently ambassador to many of the top organisations in Nigeria, an example is Globacom (GLO), one of the leading network service providers in all of Africa and he is also one of the most sought after actors in the industry.

Away from work and the entertainment scene Richard Mofe-Damijo seems to be doing pretty good in family affairs. He became a grandfather a few years ago when his first child with his first wife Ogenekome had his own first child. RMD said that it was one of his proudest moments in life, his wife also celebrated  her 45th birthday in January this year. He showered her with praises for being such a blessing to  his life.

His daughter with his first wife MEE has remained under the radar and his two children with Jumobi have grown up to be amazing individuals.

RMD is an oustanding person, a legend and also a father to many. We hope to see more great projects from him in the future.