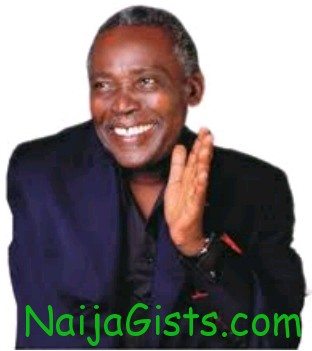 Veteran actor Oludotun Jacobs who is famously known as Olu Jacobs was born on the 11th of July 1942. He is one of the longest serving professionals and has been in the industry much longer than any of todays biggest stars were born.

Olu Jacobs was born and bred in Kano although his parents have their origin from Egba Alake which is located in the southwestern part of Nigeria. The veteran actor had always nursed a passion for acting right from his childhood and he didn’t fail to take advantage of opportunities when they appeared in his school, Holy Trinity School. He was a vibrant member of the schools drama team and it nourished his thirst to be on a stage.

Olu Jacobs made the big decision to pursue a career in acting after being impressed beyond imagination by the performance of legendary theatrical artist and founder of the first World class theatre company in Nigeria ‘Hubert Ogunde’. It was during Hubert’s concert at the Colonial Hotel located in Kano that Olu Jacobs decided it was acting or nothing.

Olu Jacobs once mentioned that his parents didn’t support his choice to pursue a career in acting but that didn’t stop him. After he was done with his fundamental education he managed to to get a visa and he subsequently travelled to London where in enrolled in an acting programme at the Royal Academy of Dramatic Arts (RADA). The academy is one of the oldest institutions in London and it definitely set the actor up with the skills needed for his success.

After he was done with his learning at RADA Olu Jacobs entered fully into the entertainment industry and he featured in many British films at the beginning of his career.

It was a tough task at first for him to secure a lucrative acting role but the veteran actor didn’t throw in the towel and it did not take too long for him to get his big break.

He played roles in many famous British movies in the 70s and 80s, some of them include popular 1970s series ‘The Goodies’ which was written by famous Britons Tim Brooke-Taylor and Billie Oldie, sitcom ‘Till Death Do Us Part’, 1983 TV series ‘The Witches and The Griyynigog’ and others.

The most prominent movie in which Olu Jacobs featured in during his stint in the British movie industry is “The Dogs of War”. The movie was based on the works of Frederick Forsyth and it acquired quite a significant level of success because it demonstrated how African countries were being exploited by foreigners. Olu Jacobs played the role of an Immigration officer in the movie and he surely brought the skills and charisma attached to the Nigerian blood to the screen.

Soon after making his name in the British entertainment industry Olu Jacobs decided it was time to take to his roots. He returned to Nigeria in 1987 and it didn’t take long for him to get introduced to the Nigerian movie industry famously known as Nollywood. His return was mainly motivated by a request from the Nigerian Television Authority (NTA) to have him on their TV programme titled ‘A Second Chance’. The programme was based on a British counterpart and so it was something the veteran actor was well accompanied with.

He went on to feature in over a 100 movies teaming up with many of Nollywood stars and also upcoming entertainers. Some of the movies in which he featured in are ‘Curse From Beyond’ featuring Segun Arinze and Nollywood bad boy Jim Iyke, 1998 movie ‘Obstacles’ directed by famous Nollywood veteran Chico Ejiro, blockbuster movie ‘Oloibiri’ and a host of others.

Without doubt Olu Jacobs made his presence known when he came into the Nigeria movie industry and so he has a few awards to his name.

In 2007 he won his first prominent award for his roles in the industry by winning Best Actor In A Lead Role Award at the African Movie Academy Awards (AMAA). The actor has since then been recognised for his immense contributions in various local and international events but six years later he reached an astonishing feat by being one of the few actors to win the honourable award of ‘Industry Merit Award’ for his invaluable achievement and contributions to the industry, he won this award at the Africa Magic Viewers Choice Awards (AMVCA) in 2013.

Olu Jacobs is definitely one of the most respected individuals in the industry.

His works also go beyond the shores of Great Britain and his home country as he has featured in some very successful Ghana made movies.

Olu Jacobs might have found love in the spotlight by marrying one of Nollywood’s leading actress but he makes sure to keep his private and family affairs away from the prying eyes of the public. He is married to the beautiful actress Joke Silva.

Joke Silva is a Nigerian business woman and actress that has her origin in Lagos State Nigeria. She and her husband Olu Jacobs have a lot in common as they both had their training abroad and had careers in the British movie industry before coming to Nollywood.

Olu Jacobs is very fond of his wife as he is seen hailing her on vatious interviews and claiming he had to struggle to get her attention before they tied the knot. This is of no surprise as Joke Silva was regarded as one of the most beautiful and elegant women in the industry and even though she has a current age of 56, she remains evergreen.

Being in the same industry the couple have a few business relationships together. The both run the Lufodo Group, a company invested in playing different roles in the industry ranging from production to distribution.

Olu Jacobs and Joke Silva have two offsprings together named Olugbenga and Olusoji Jacobs. The couple have managed to keep their private affairs under wraps and news and controversies about their kids rarely appear on the timeline.

It is believed Olusoji and Olugbenga Jacobs have no intentions of following their parent footsteps in choice of careers and they are both studying in the United Kingdom (UK).

When asked about how he and his wife have managed to keep their relationship and avoid the marital crisis and beak up associated with celebrities, Olu Jacobs said that the most important thing in their relationship is that they remain friends. Well, that is an advice from an elder that younger ones need to heed to.

Olu Jacobs is one of the most reputable actors in the Nigerian movie industry, his works are known both in his home country and overseas. He is a father to many, his experience is invaluable and coupled with a special woman, his wife Joke Silva by his side they have engraved their names on the history books of Nigeria.

At a ripe age of 76 the veteran actor doesn’t seem to bothered by the stakes of mortality and is ever ready to entertain us on our screens.

Olu Jacobs is a individual who deserves more accolades for his overall contribution to the Nigerian movie industry.

His Estimated Net Worth is 1.5 Billion Naira.

Continue Reading
You may also like...
Related Topics:biography, net worth, olu Jacobs