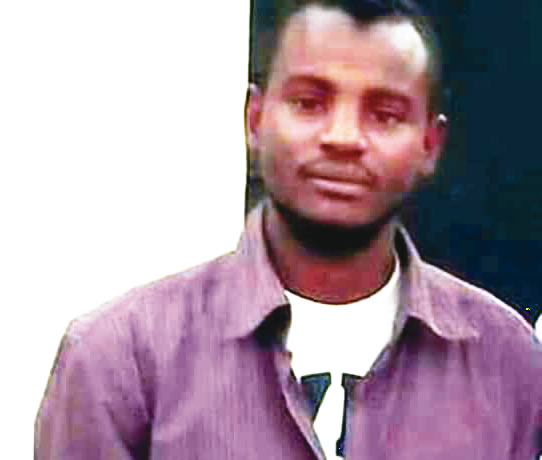 Adamawa State Police officials have launched a manhunt for some soldiers, who allegedly tortured a man, Umar Abdulaziz, to death for stealing a phone in the Ganaye Local Government area of the state.

Our correspondent learnt that Abdulaziz was accused by a female neighbour, identified only as Fatima, on Monday of stealing her mobile phone.

The woman, who reportedly befriended a soldier, was said to have gone to report the alleged theft to her lover.

It was gathered that the soldier, whose name had yet to be ascertained, came back with three other colleagues and dragged Abdulaziz away from the house.

The victim was reportedly taken to a corner of the compound, where the soldiers battered him, until he went into a coma.

The matter was said to have been reported at the Area F Police Station, after which policemen and neighbours came to rush the victim to a hospital, where he was confirmed dead.

A witness, who identified himself only as Abass, said Fatima also told her soldier lover that Abdulaziz beat her up in the house.

He said, “The lady lived on the next street to mine. Our house is around the barracks in Ganaye. She had a disagreement with Abdulaziz and the next thing was for her to call her soldier lover to deal with the victim.

“She accused the man of stealing her mobile phone. She also said the man beat her up and told her lover to deliver her from his grasp. When the lover came, there were four soldiers in all. They dragged Abdulaziz out of the house and off to an unknown location.

“They did not even ask what happened. They used knives to injure Abdulaziz. The victim collapsed, the police were invited and they came to the house. I am not sure whether they arrested any of the soldiers.”

He expressed dismay over the development, saying, “It is wrong for soldiers to harass civilians and even to the point of death. The military and police authorities must investigate this matter and bring the soldiers to book.”