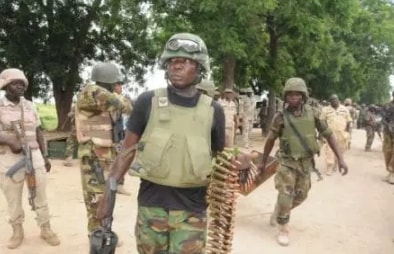 The Borno State  Police command has confirmed a suicide bomb attack on Konduga town, in the state.

The commissioner of police Borno State, Mr. Damian Chukwu in a text message confirmed to our correspondent in Maiduguri that about five people were killed in the attack.

The commissioner informed that the attack was executed by a male suicide bomber who blew himself off and killed four civilian JTF operatives and injured five others in the area.

The CP also informed that normalcy has been restored in the area just as Investigation is ongoing to get more details concerning the attack.

Continue Reading
You may also like...
Related Topics:borno state news