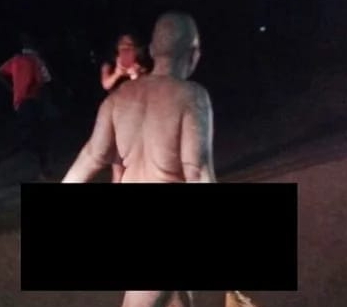 September 10, 2016 – Pictures: Confusion As Woman Identified As Witch Falls From The Sky In Harare Zimbabwe

Eyewitnesses have released bizarre photos of an old woman who reportedly fell from the sky during a witchcraft operation in Zimbabwe recently.

The elderly woman seen holding broomstick in her right hand was said to have crash landed while operating in the sky in a community in Harare.

Myths that witches fly on broomsticks was confirmed as she is seen holding a broomstick as she walks away from the scene after confession. 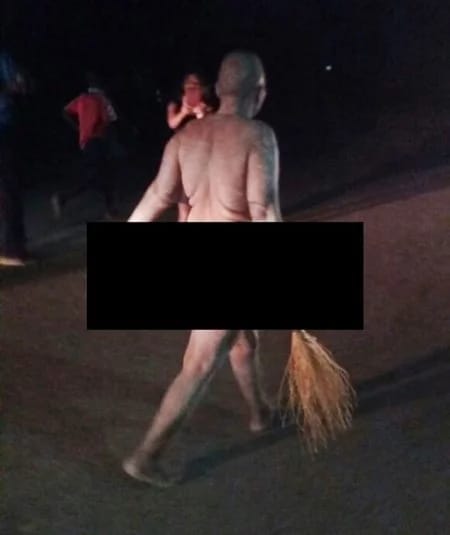 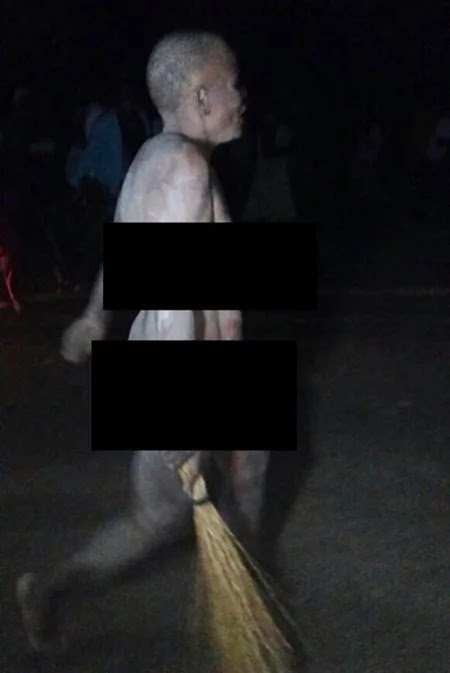