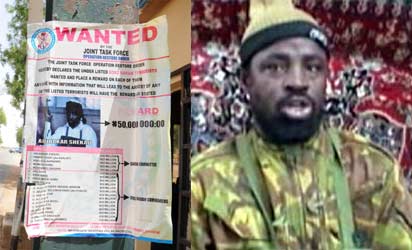 Dreaded Boko Haram leader, Abubakar Shekau has been placed on the most wanted list of Terrorists by the United States of America.

Anyone that provides the information that leads to the arrest of Shekau will be rewarded with a bounty $7 million dollars.

Oya oya people make we get to work…. This is a chance of a lifetime LOL.