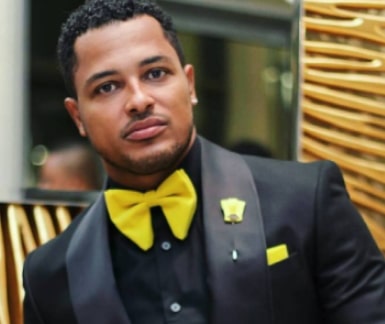 Van Vicker is a famous Ghanaian actor, who is also one of the top foreign movie stars in the Nigerian movie industry. Aside being an actor and producer, he’s also a movie director. He has starred in numerous Ghollywood and Nollywood movies. In a recent interview, Vicker voiced out his ambition of becoming a Hollywood movie star.

Van Vicker, whose full name is Joseph Van Vicker, was born 41 years ago, on August 1, 1977. He was raised by his mother, after the unfortunate death of his father when he was barely six (6) years old. He travelled around the world with his mother while growing up; hence, he is a self proclaimed ‘global citizen’.

Van Vicker and his friend/colleague, Majid Michel, go way back. The pair attended the same secondary school; the Methodist-owned Mfantsipim School in Cape Coast, Ghana. The two served as the prime movers of Ghanaian movie industry at the global stage.

He started  his sojourn in showbiz as a TV personality and radio presenter in the late 1990s and early 2000s. He worked for the likes of TV3 Ghana, Metro TV, Groove FM and Vibe FM. During this period, between 2001 to 2004, he featured in Sun City, a popular Ghanaian TV series. A while after, he bursted into the Ghollywood movie industry and barely three years later, he made his way into Nollywood.

Today, the handsome actor has made his mark in Nollywood. In fact, he is better known as a Nollywood actor than a Ghollywood actor. He is, today, not only an African star but also a global movie star. Vicker is a true role model, who is making great efforts, toward bettering the lives of the less privileged. He aims at discovering and developing young African talents (in acting).

He is the proud owner of a training setup, Van Vicker Training facility, designed to train aspiring movie artistes in acting. He also owns a charity foundation, a Non Governmental Organization (NGO), Van Vicker Foundation, which is a medium for talent discovery and youth empowerment.

Mr Vicker has proven himself to be an all rounder; a successful actor, producer, director, entrepreneur, philanthropist among others. Just like his professional career, his personal life has been nothing short of being successful. Read on, to stay informed about some things you might not know about Van Vicker.

While most entertainers are finding it extremely difficult to get married and/or stay faithful in marriage, Van Vicker has been highly successful, so far, in his marriage. The star actor is happily married to Adjoa Vicker. They got married 15 years ago, and their union is blessed with three children (two daughters and a son); Junior Joseph Vicker (son), Jeto Van Vicker (daughter) and Julian Van Vicker (daughter).

Adjoa Vicker, who is a professional Human Resources Manager, was described by her husband as a very strong woman and the glue holding their family together. The couple dated for close to seven years before they finally got married in 2003.

The handsome actor is NOT dead; he is alive and well. However, there has been rumours of his death, at separate times, over the past eight years.  At a time, the Ghanaian actor was rumoured to have been killed in an armed robbery attacked. At another time, he was allegedly killed in a fatal accident on his way to church. The rumours of his death were so strong to the point that, Van Vicker had to come out to debunk the rumours himself. He pointed out, in a media post, that, the rumours of his alleged accident and death were completely untrue.

Van Vicker is an African/European. His parents are of different races. His father, Van Vicker Sr., was a Dutch national, from Netherlands. His mother, on the other hand, is an African, with dual nationality. Her parents hail from Ghana and Liberia. 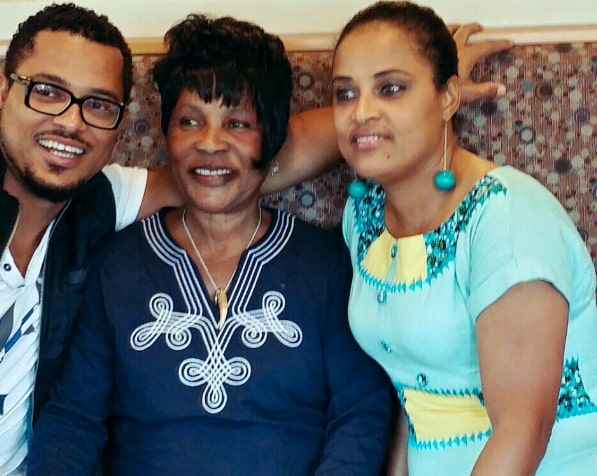 In 1983, while Van Vicker was just six years old, tragedy struck his family; he lost his father. The unfortunate demise of his father left Vicker’s mother with the responsibility of raising the star actor and her younger sister by herself. According to Vicker, the woman who strived to cater for him and his sister is his hero.

The star actor is, without doubt, one of the richest Ghanaian actors. Although, he now works more in Nigeria, he still lives with his family in his luxurious house, in Ghana.

It was gathered that, the Ghanaian actor is a fan of luxurious vehicles and his garage is filled with expensive automobiles (Bikes and Cars). Although he is not the type that shares photos of his house online, we hope to get to see it one day.

Van Vicker is, without doubt, one of the most recognizable faces in Nollywood today. He has starred in numerous movies, alongside top Nigerian movie stars like Mercy Johnson, Chika Ike, Tonto Dike and many more. He is often the lead actor in most of his featured movies, which is usually of the romance genre.

The star actor has taken giant strides since his movie debut in 2004. He made his acting debut in Ghollywood, in a movie titled, Divine Love. He took a supporting role in the movie, alongside Majid Michel and Jackie Appiah, who starred as the Lead actor and Lead actress respectively.

Few years down the line, in 2007, Van Vicker took the big step and subsequently made his Nollywood debut. Since then, Vicker has starred in more Nollywood movies than Ghollywood movies.

Some selected top movies Van Vicker has featured in are listed below.

Van Vicker has won numerous awards and accolades at both local (Ghollywood & Nollywood) and international levels. Some of the awards in his collection include the following:

His popularity in movies has earned him a significant sum over the course of his career in Ghollywood, Nollywood and the international movie scene. Today, the star actor has an estimated net worth of $800,000.