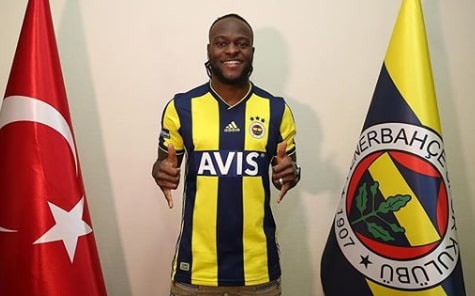 Ex Super Eagles winger, Victor Moses is in cloud nine after joining Turkey Super Lig side Fenerbahce on an 18-month loan deal until the end of the 2019-20 season.

The 28-year-old, whose current deal with Chelsea runs until 2021 took to the social media to express his feeling and thanked the Blues and their fans.

“Delighted to have joined @Fenerbahce ?? A huge club with incredible fans and an amazing history ???? Can’t wait to get going! ???? 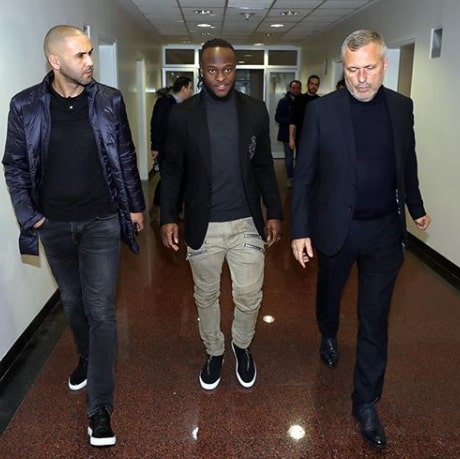 “I’d also like to thank everyone at @ChelseaFC and I wish the team and the fans the very best for the future,” he said via his verified Twitter account @VictorMoses.

Moses, who joined the Blues from Wigan Athletic in 2012, was a key member of the Chelsea team, which lifted the Premier League in 2017 and FA Cup in 2018, operating primarily as a right wing-back in a 3-4-3 formation.

This season, and a change of shape under Maurizio Sarri, has seen opportunities more limited for the former Nigeria international. He made six appearances for the Blues in all competitions, but has not featured since late October. In total, he has made 128 Chelsea appearances, scoring 18 goals.

He was linked to sign with different clubs such as Fulham, Cardiff and Crystal Palace during the winter break but has decided to continue his career away from England.

Moses, who is 28, now heads to Turkey for the fourth loan spell of his Chelsea career, and will be hoping to boost 15th-placed Fenerbahce’s league position, just above the relegation zone on goal difference.

The Nigerian forward will compete to win the Turkey Super Lig as well as the Europa League and could make his first appearance when Fenerbache takes on Yeni Malatyaspor in their next fixture scheduled for Monday, January 28.