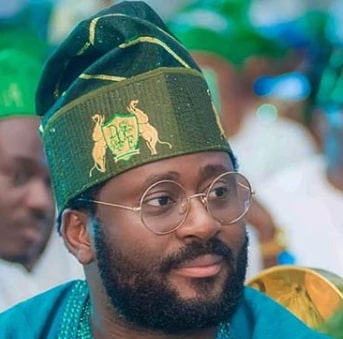 Desmond Elliot is a Nigerian actor, producer and politician. He is seen by many as the most influential personality in Nollywood. Aside being a politician, actor and producer, the star actor also has a deal with Globacom, as a public relations personality.

Desmond Elliot was born on February 4, 1974 in Lagos. He is a product of an inter-tribal union between Yoruba and Igbo. His dad hails from Olowogbowo, a small settlement on Lagos Island in Lagos state. His mother, on the other hand, is a Delta-Igbo, from a town known as Illah in Delta state.

He lived most of his early life in Jos, Plateau state, in the midst of a large polygamous family. He was enrolled at Air Force Primary School, Jos, where he acquired his basic education. After his primary education, he was subsequently enrolled at Saint John College, Jos. Desmond moved back to Lagos shortly after his graduation from secondary school.

He was admitted into Lagos State University (LASU), where he studied Economics and duly graduated in 2003. While in school, Desmond Elliot was inspired by a very close friend to pursue a career in acting. He made his first acting appearances in TV Soap Operas. His first set of features include One Too Much, Every Day People and Saint & Sinners. This eventually set him up for an illustrious career in the movie industry.

In 2014, the star actor ventured into active politics. He declared his intentions to run for a seat at Lagos State House of Assembly, under the platform of APC (All Progressive Congress), which was (and is still) the ruling political party in Lagos state. He contested for the Constituency seat of Surulere during the 2015 General Elections and as providence would have it, he emerged victorious. Today, he is an Honourable member and one of the most important figures in the Lagos State legislative arm of government.

In between Desmond Elliot’s exploits and achievements in both the Nigerian entertainment and political arenas, there is one solid pillar of support and inspiration; his family.

The star actor has performed excellently well in his quest to keep his personal/family life off the media-scape. As a result, not much is known about the star actor’s family. However, we’ve been able to unearth some vital information about his family.

Desmond Elliot is happily married with kids. He has a moderately large family of six; his wife, himself and their four children. He got married to his wife, Victoria Elliot, many years ago and their marriage has, so far, produced four children (two sets of twins); three boys and a girl.

The star actor and his wife, Victoria, welcomed their first set of twins (boys) in 2004. The twins were named Desmond Junior and Denzel. Six years later, in 2010, the couple announced the arrival of their second set of twins. This time around, it was a girl (Dawn Elliot) and a boy (Donald Elliot).

He is married to a woman known by the name, Victoria. They got married on Christmas day, December 25, 2003, which was only few months after Desmond’s graduation from the University. Rumours have it that the couple dated for many years before finally tying the knots in 2003.

While Desmond Elliot attended Lagos State University (LASU), his wife, Victoria Elliot, attended University of Jos, where she studied Mathematics. She, reportedly, took up a banking job shortly after graduating from the University. However, it was gathered that, she resigned few years down the line, to pursue her ambition of being a Movie Distributor and Sales Agent.

She has excelled in her chosen endeavour and today, she is one of the top movie distributors in Nollywood. Her profile as a distributor, without doubt, is greatly influenced by her husband’s popularity in the Nigerian movie industry. Together, they co-own Denziot Productions, a movie production firm.

NO, Desmond Elliot is alive, hale and hearty; so is every member of his family. The star actor has been a victim of rumour mongers, several times, in the past. Some time in 2012, the star actor was allegedly killed in an hotel in Lekki. This rumour spread like wildfire, with many fans of the actor (and even some of his colleagues) already sending condolences to his family. The rumour was, however, debunked as totally untrue. It was later discovered that, certain unscrupulous elements in Nollywood were behind spread of the rumour.

Desmond started his Nollywood career way back in 2002, with a debut feature in Jesu Mushin. Although, Jesu Mushin was his first appearance in a Nollywood movie, he has had few TV appearances prior to his Nollywood debut. Apart from being an exceptional actor, he is also an excellent movie producer and director. The popular movie, Reloaded, which was nominated for three categories at the 2009 African Movie Academy Awards (AMAA), was co-directed and co-produced by Desmond Elliot.

From 2002 to date, Desmond Elliot has appeared in over 200 movies in Nollywood. Although, his movie appearances dropped significantly after his election into Lagos State House of Assembly, he still remains one of the highest paid actors in Nollywood.

Below is a selected filmography of Desmond Elliot, in reverse chronology (from the most recent to the oldest).

His performance on the big screen has been accompanied by well deserved accolades, among which include AMVCA and AMAA among others.

For a career which spans over 16 years (and still counting) and movie features running above two hundred, Desmond Elliot has raked in a significant sum from Nollywood. Also, he has been one of the best-paid artistes in Nollywood for quite some time now. He also has an endorsement deal with Globacom.

In addition, as a lawmaker, the star actor earns millions of Naira per month as salary and  allowances/bonuses (including constituency allowance). Hence, Desmond Elliot is widely regarded as the wealthiest actor in the Nigerian movie industry. He has an estimated net worth of $8 million (approximately 3 billion naira).