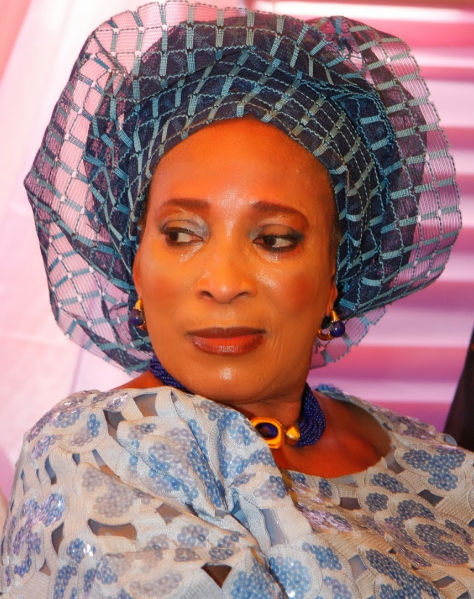 Led by the prosecution counsel, Mr Babatunde Sonoiki, told the court presided over by Justice Oluwatoyin Ipaye how Akpan allegedly defrauded her of her shares in the company and other proceeds.

She told the court thàt Akpan Jacobs who doubled as the company’s managing director and secretary had allegedly gone to the Corporate Affairs Commission where he altered the share arrangement in his favour.

With the shares re-distribution, Akpan Jacobs was alleged to have fraudulently assumed full ownership of THA Shipping and subsequently sold a property worth N918m belonging to the company to Dana Motor Nigeria Limited.

When asked, she said Akpan told her that he allotted major shares to himself in other to obtain loan from the bank for the company.

Testifying further before the court, Mrs Atiku stated that Akpan Jacobs , a pastor used the proceeds from the sales of the company’s property to contest for the governorship position in Akwa Ibom State.

Mrs Atiku lamented that her investment in the company had gone down the drain and stated that her interest in coming to court is to ensure that justice is done.

“I have never been inside a court before. Not even a police station in all my life. I am here because I want justice. All my investment and even profit are gone. I want this to serve as a deterrent to other fraudsters that they can’t defraud people and not face justice”, she said.

Part of the charge preferred against the defendants by the EFCC stated: “that ýNsikakabasi Akpan Jacobs and Abdulmalik Ibrahim as the Managing Director and Company Secretary on or about the 10th day of August 2008 in Lagos within the Ikeja Judicial Division with intent to defraud stole and converted to your own personal use the sum of N918,000,000.00 being proceeds sale of the property and appurtenances situted at Plot C63 A Amuwo Odofin Commercial. Layout along Oshodi-Apapa Expressway, Lagos belonging to Tha Shipping and Maritime Service limited entrusted with you as the Managing Director.

Nsikakabasi Akpan Jacobs and Abdulmalik Ibrahim on or about the 1st day July 2002 in Lagos within the Ikeja Judicial Division with intent to defraud forged a Memorandum and Article of Association of Tha Shipping and Maritme Service Limited dated the 1st day of July 2002 purporting the sgnatures therein to have been signed by Florence Doregos and Fred Holms.”

Justice Ipaye adjourned the matter till December 14 for continuation of hearing. [The Nation]