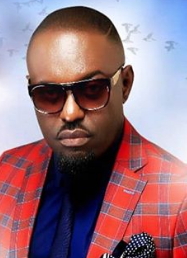 Nollywood ‘bad boy’ Jim Iyke whose full name is James Ikechukwu Esomugha was born on the 25th of September in 1976. In contrast to popular opinion, the actor has his origin in the Gabon but his parents had a change of identity when they moved to Nigeria. His parents original name were Mr and Mrs Stephens but they consequently picked on the last name Esomugha when they relocated Nigeria. They got settled down in Anambra State in the Eastern part of Nigeria.

Jim Iyke Iyke was born into a traditional igbo family which consisted of 10 individuals and he was the only boy, having seven other female siblings. On various occasions the actor has attributed his better relationship with women as a result of him growing up among them.

Jim Iyke has always been one person that is always on the move and his education span across three states in Nigeria.

He had his secondary education at the Federal Government College located in Abuja which he started at the age of 9 and graduated from the secondary school at an early age of 16. Jim Iyke proceeded to get his diploma at the prestigious University of Jos in Pleateau state, he studied Banking and Finance during his stay in the University and subsequently went on to earn a degree in Philosophy in the same University.

The Nollywood ‘bad boy’ as he was dubbed has on various interviews claimed that despite he had his education in more professional fields his first passion was always acting and he was just waiting for the right time to seize the opportunity.

After his university education Jim Iyke sought after a career in acting and had his first professional role in 2001 at the age of 25. At the beginning of his career the talented actor  mostly got roles to play savage characters such as being a play boy and many other things that were tagged by the public as irresponsible, this consequently led him to being branded as the ‘bad boy’ of Nollywood. Something the actor has claimed had done him both good and bad over the years.

Since his first role in 2001 Jim Iyke has featured in both local and international movies, growing a fan  as that is most significant in his local country Nigeria and the neighbouring Ghana. Jim Iyke has featured in over a 100 movies and some of them include A better Place (2007), Flight to Abuja (2012) featuring A-list actress Omotola Jolade Ekeinde, Between Kings and Queens (2010), And Then There Was You (2013) and so many others. He has featured alongside some of the biggest stars in Nollywood such as Richard Mofe-Damijo (RMD), Rita Dominic, Genevieve Nnaji and even Ghanaian stars such as Nadia Buari.

A decade into his career Jim Iyke had acquired an astonishing feat of being one of the most sought after actors in Nigeria with a career spanning across acting, fashion and he was also one of the pioneers of reality TV in Nigeria.

His reality TV show ‘Jim Iyke’ unscripted was a successful one and it got the public the peek that they’ve always wanted into his personal life. It was a lucrative deal that allowed him to tour around the world but the actor decided to end it because it didn’t portray the kind of life he wanted to live.

After a successful career as an actor Jim Ike decided to increase his influence in the entertainment industry and thus proceeded to estabish his own production company named Untamed Productions in 2007.

Jim Iyke also sought to break into the music industry when he was at the prime of his career. He has claimed on various interviews that his decision to release an album was just to create an awareness for the successful establishment of his own record label, this claim has not been verified but Jim Iyke did have a successful launch of both his own album and record label, although his music career was somewhat short.

The launch of the album might have been a successful one but it definitely failed to make a good impression on the listeners with many fans and media outlets coming to criticise most songs on it. The album was released in 2009 and it was titled “Who Am I”.

It is believed that Jim Iyke sought to use the album to give the public the explicit definition of himself and redeem his image which he claims has been tainted by the media, thus naming the album Who Am I.

The album which was his debut featured some of the biggest stars in Nigeria at that moment such as Sound Sultan, Puffy T and it was headlined by the Lengendary musician TuFace Idibia. Despite having the big guns on the album it failed to impress the public which led to his music career being shortlived and his image as Nollywood ‘bad boy’ still remaining the same.

Some of the songs on the album are Who Am I featuring TuFace Idibia, Jim-Iyke-Mania, Bad Boys Don’t Kiss and Tell and a host of others.

Nonetheless his record label was established and it was named Untamed Records, even though the record is yet to produce a big star in Nigeria the actor still has high hopes for it and is definitely looking forward to investing more in the music business. Music may be done with the actor but he is definitely not done with music.

The actor might not like his tag but being dubbed as Nollywood bad boy has definitely given him some privileges which the actor did not fail to make use of.

Jim Iyke has had his own fair share of romantic relationships in the movie industry managing to get hooked up with some of the biggest stars such as Rita Dominic and also famous Ghanaian actress Nadia Buari.

Although the actor might have had a fling with some of this beautiful women he claims to have never had a real relationship with any of them and his relationships were just a consequence of both sides trying to increase their fan base, he claimed in an interview that ‘mutual benefit’ was the case when he was involved with Ghanaian actress Nadia Buari and they were not in love.

Many have attributed his lack of real relationship to his bad boys ways and he was categorised as a player but it seems Jim Iyke really wants to love and be loved but his situation was as a result of circumstances and the image of him portrayed to the public by the media over the years.

Being one of the most famous individuals in Nollywood Jim Ike’s life is sorrounded by a lot of controversy. Starting from women, to his career and even personal life the public has always been very quick to criticise him. The actor has claimed that this has made him to be increasingly wayward just to distract himself from the judgements made on him. One of the times the actor was widely mocked all over the nation was when a video of his alleged deliverance at the popular church Synagogue of all Nations went viral. Jim Iyke later came out to deny this and claimed that the Church only exploited him at a time when he was desperate.

Away from the drama accompanied with the entertainment industry Jim Iyke has some very good works to his name such as being the founder of Jim Iyke Foundation for Children with Disabilities and also playing active roles in philanthropic missions all over Africa. Jim Iyke is also a father to a boy named Harvis Chidubem Iyke.

He had the boy with his Lithuanian girlfriend named Dana Kinduryte, this appears to be the actors most serious relationship over the years and he might finally be on his way to settling down.

The birth of his son has definitely had a positive impact on him and he is currently on some projects to increase his brand awareness and get himself a fan base beyond the shores of Africa. Some of the movies recently released by Jim Iyke are American Driver and Closure.

Jim Iyke claims to be an actor that has had his personality misunderstood since the beginning of his career, he hopes to embark on a new path and rewrite his history in the entertainment industry and we look forward to seeing what he is up to.

His estimated net worth is $2.5Million.

Continue Reading
You may also like...
Related Topics:biography, jim iyke, net worth