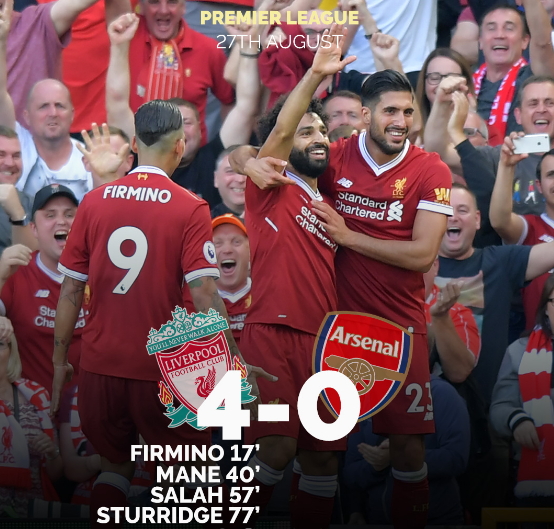 Liverpool FC today defeated Arsenal in a 4-0 win at Anfield.

Goals from Roberto Firmino and Sadio Mane before the break and Mohamed Salah and Daniel Sturridge after it secured a thoroughly convincing win against disjointed and disheartened opponents.

Victory continued Liverpool’s unbeaten start to the season, moving them on to seven points, two off leaders Manchester United.

But Arsenal have lost their last two games and Sunday’s shambolic performance will have made for ugly viewing for Arsene Wenger.

The Premier League champions started their title defence in disarray, losing 3-2 to Burnley, but have since recovered to record impressive victories against Tottenham and now Everton.

Fabregas fired Chelsea ahead in the 27th minute, sidefooting past Everton goalkeeper Jordan Pickford after Alvaro Morata had created the chance.

Then, with five minutes remaining until the break, Chelsea added a second as Morata headed Cesar Azpilicueta’s perfect cross beyond Pickford.

Dele Alli’s strike early in the second half had looked like easing that particular hoodoo — but Wood had other ideas. 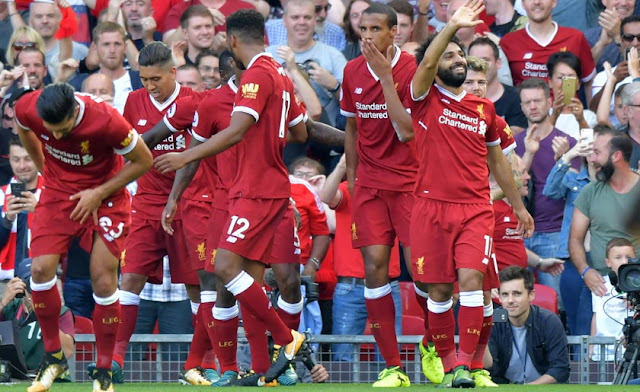 The striker, signed from Leeds for £15 million last week, stunned Spurs in added time with his first Burnley goal to secure a 1-1 draw.

The 36-year-old was gifted the easiest of chances in the 77th minute when Baggies defender Ahmed Hegazi seemed to fail to heed a call from Ben Foster and sliced his clearance almost out of his goalkeeper’s hands. 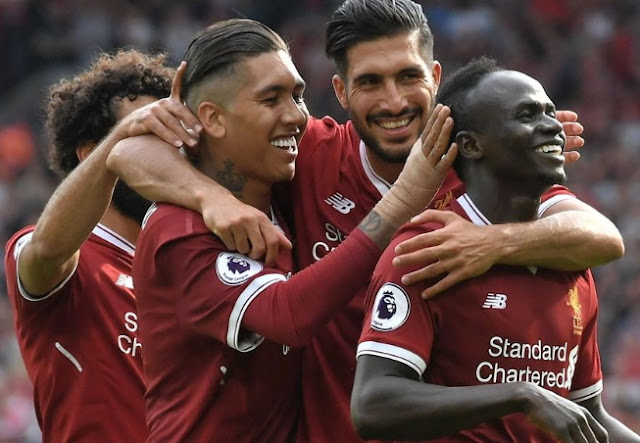 It was a comical way for the home side to concede their first league goal of the season, and one which had not looked like coming as Tony Pulis’ men kept their opponents at arm’s length, with Gareth Barry typically effective in his holding midfield role.

Jay Rodriguez’s first league goal for West Brom had earlier looked like maintaining their 100 percent start to the season, the summer signing from Southampton heading home smartly in the 61st minute to break the deadlock.

Continue Reading
You may also like...
Related Topics:4-0, Arsenal, Liverpool