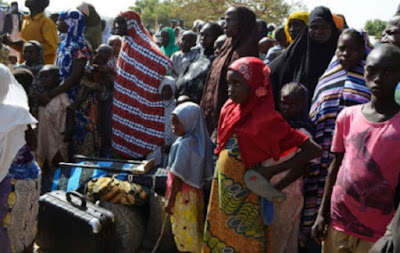 At least 6 camps occupied by Internally Displaced Persons in Adamawa state have been shut down as victims of Boko Haram attack relocate to their various villages.

In an exclusive chat with newsmen in Yola today, NEMA coordinator Saad Bello said 95% of the IDPs have returned home.

Bello explained that the iDPs decided to return to their various towns and villages after the enormous successes recorded by the military in reclaiming and restoring peace to areas under Boko Haram insurgents.