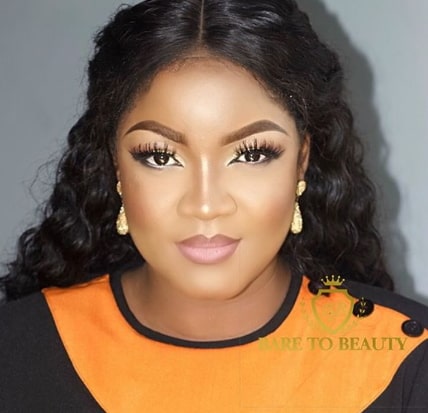 Omotola Jalade Ekeinde (popular known as “Omo Sexy”) is a Nigerian screen diva; a star actress, a model, philanthropist and singer. She is arguably the most celebrated Nollywood actress today. She has featured in over 300 movies over the course of her career. She is happily married to Captain Matthew Ekeinde and they are blessed with four children (two boys and two girls). 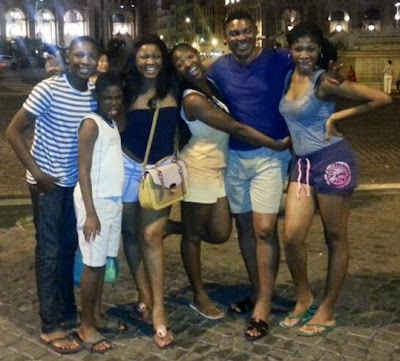 She was conferred with a national honour; “Member of the Federal Republic of Nigeria” (MFR) in 2014, by the former president Goodluck Ebele Jonathan.

She was born in Lagos Nigeria on the 7th of February, 1978, to Madam Oluwatoyin Jalade and Mr. Oluwashola Jalade. Her parents had three children; Omotola (the first born) and two younger siblings (Tayo and Bolaji). Unfortunately, she lost her father to the cold hands of death in 1991, when she was only 13 years old. She hails from Ondo State.

She started school when she was barely three (3) year old. In 1981, she was enrolled into “pre-nursery/nursery” at Chrisland school in Opebi, Lagos. She later moved to Oxford Children School, where she completed her primary education.

She moved to Kaduna for her secondary education, where she attended Command Secondary School Kaduna. She graduated from CSS Kaduna in 1993 and moved on, to further her education at the tertiary level.

She started her tertiary education at the Obafemi Awolowo University (OAU), Ile Ife in Osun State and later moved on to study Estate Management at the Yaba College of Technology (now Yabatech), where shegraduated in 2004.

Below is a comprehensive outline of Omotola Jalade’s educational background (in reverse chronology):

She is married to Captain Matthew Ekeinde, a pilot by profession. They got married in 1996, when Omotola was just 18 years of age. The couple is  blessed with four children; two boys (M.J and Michael) and two girls (Princess and Meraiah). The first born is known as Princess. She was born in 1997. 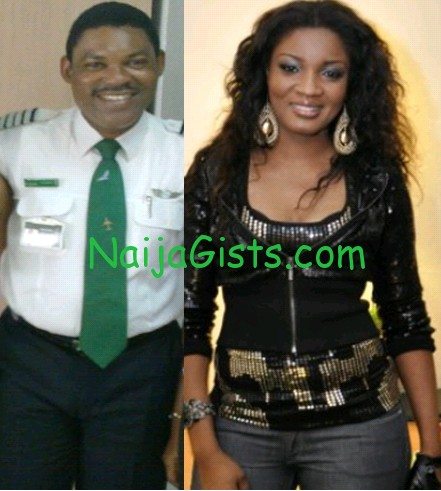 Without doubt, Omotola has enjoyed exceptional success over the course of her professional acting career. She started out as a model, prior to her getting admission into OAU, for her tertiary education.

She made her acting debut in 1995, where she was featured in a Nollywood movie titled “Venom of Justice”, which was directed by Reginald Ebere. Later that year, she got another acting role, in the movie – “Mortal Inheritance”. This movie turned out to be her career “propeller”. She performed exceptionally well in both movies and captured the hearts of many Nollywood lovers across the country.

Her outstanding performance in “Moral Inheritance” coupled with her beauty and elegance, made her stand out as one of the most sought – after actresses during this time. She eventually went on to feature in over 300 movies, raking in millions of Naira, winning multiple awards and endorsement deals along the way, over the course of her 20+ years in the Nollywood. Today, she is not only an actress, she is a “goddess” and a role model to many young ladies across Africa.

Omotola made attempts as a singer when she released an album titled “GBA” in 2005. However, it is evident that she hasn’t been as successful in the music industry, compared to the “mark” she has made in Nollywood.

She has been recognized by many international bodies (including the UN) for her humanitarian contributions across Africa. In 2013, Omotola was listed alongside the likes of Michelle Obama (the then first lady of the United States) and Beyonce on the Time Magazine’s list of the top 100 most influential people in the world. In 2014, she was conferred with the National honour of MFR by the Federal Government of Nigeria.

Omotola Jalade Ekeinde has won about 40 domestic and international awards over the course of her acting career. Her first set of awards was “THEMA’s Best Overall Actress and Best Actress English Nollywood Movie in 1997”. Since 1997 to date, she has won over 40 awards, both at the domestic level and international level.

Having featured in over 300 best selling movies, over a 23 years period, Omotola has earned tens of millions of Naira in prize money. Today, she and Genevieve Nnaji are the two highest paid actresses in the Nollywood movie scene today. In fact, Omotola was quoted recently in an interview saying; “Movie directors can no longer afford me”. That statement says a lot about her financial standard. 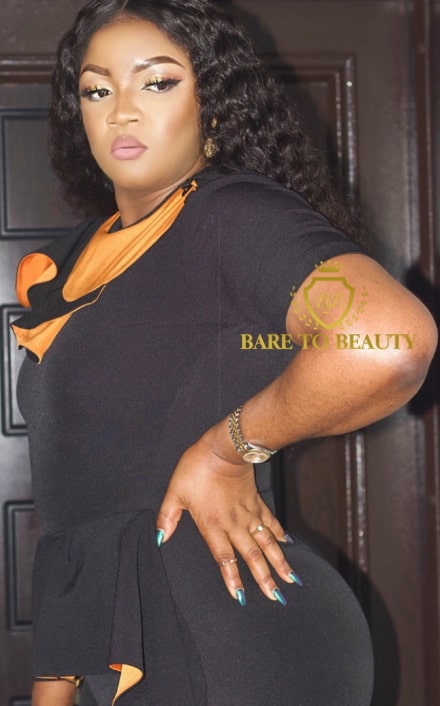 It would be “amateurish” to just quote a figure as Omotola Jalade’s actual net worth. However, with multiple awards and endorsements (domestic and international), as well as having featured in hundreds of movies; recent estimates have put her net worth between 600million Naira and 1billion Naira. This estimates are exclusive of her husband’s net worth, who is a highly successful pilot.