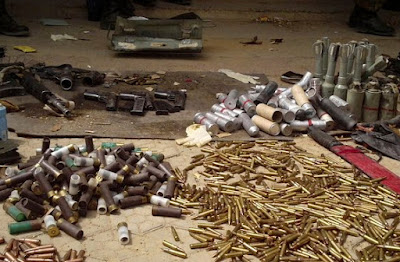 Yamu said the feat was achieved through a security report that some miscreants were planning a robbery attack along Makurdi-Lafia road.

He said the command, therefore, deployed its operations’ crack team, “Operation Zenda”, led by SP Justin Gberindyer, to abort the planned robbery, while the arms were recovered during a “Stop-And-Search Operation” on the road.

He said the police were interrogating the five passengers arrested with the arms in the vehicle and that they would soon be charged to court.

Evans Loses Court Case, Says He Is Not A Kidnapper
Ibadan White Garment Prophet Who Impregnated Married Church Members Cries As He Confesses In Court