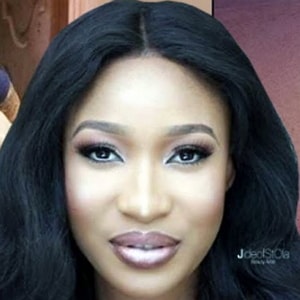 Nollywood Actress Tonto Dikeh Biography And Net Worth: How Tonto Rose To Fame After Losing Her Mother & Why She Moved To Abuja

Controversial TV star Tonto Wigo Charity Dikeh-Churchill popularly known as Tonto Dikeh  was born on the 9th of June 1985 and has her origin in Ikwere tribe of Rivers State. Over the years she has been known by many other names such as Tontolet, Poko and even Mama King.

Looking at the actress now, one would think she enjoyed life at its best and lived like a princess while growing up but that is far from the truth.

The actress/musician was born into a family of seven and lost her mother when she was just three years old. Her father remarried a few years after and life was not so pleasant for the young actress. The trauma of losing a mother at such an early age had a really negative effect on her, on various occasions she has claimed she almost lost her way but it was the zeal and guidance of her stepmother that kept her on track.

Growing up, the actress had strong convictions that she was going to become an independent woman from her teenage years, when she got admitted to the Rivers State University to study Petroleum Engineering she decided she was going to pass through the tertiary institution on her own. She claimed it was a very tough experience for her and sometimes she had to do menial jobs for her friends and strangers to make ends meet. Although it was not an easy experience she made a promise not  to go back to her parents for help, a promise she surprisingly kept.

While in the University Tonto Dikeh made various attempts to seek a better life such as trying to travel out of the country but all her efforts were unsuccessful. So she turned her attention towards acting.

The actress got her chance to break into the entertainment industry when she contested in a Reality TV show “The Next Movie Star”. Although she did not win, she came second and it kick-start her career as an actress. After the show she started getting movie roles and went on to feature in some successful movies starring the biggest stars of that time such as Pete Edochie, Mercy Johnson and so many others.

Some of the movies she featured in are the popular 7 Graves, Final Hour and others. The actress was well known for her ability to perform sexual roles in movies, this was rare as the Nigerian society frowned upon such things.

Five years after she entered into the movie industry, Tonto Dikeh played a very controversial role in the movie “Dirty Secrets” which made her the topic of talks in the country. The movie featured a lot of sexual and X rated contents in which the actress had no problem playing.

Many of her fans and colleagues had opposing opinions on her role in the movie with many coming out to criticise and also blame her.

There is a popular saying that states “all publicity is good publicity” and that has been the case for the popular actress. Her role in the movie put her in the spotlight and she has progressed immensely in her career as an actress over the years.

While at the prime of her career the actress decided to do new things and widen her horizon. She decided to pursue a career in music and released her debut singles “Hi” and “Its Over” featuring popular music guru Snypa. Her music career was shortlived compared to acting as her songs were often followed by a lot of criticism after their release. She made another attempt to break into the music industry once again, in 2014 music legend D’Banj unveiled her as one of the acts on his newly launched record Label DB Records but that did not help her much in her career also.

In 2015 she announced that she was parting ways with the record label and since then we have not heard anything about her aspirations in music again.

After a successful career as an actress and a shortlived music career Tonto Dikeh got married to her husband Olakunle Churchill in 2015. Olakunle Churchill is a famous Lagos based business man that has made a fortune in real estate. The marriage ended on really ugly terms with both sides on each others throat. Tonto Dikeh accused her husband of infidelity and claimed that he betrayed her after she made him successful. Also there were various instances when Tonto Dikeh pleaded with the public to save her from domestic violence being inflicted on her by her husband.

The couple went their separate ways even though they had a child named King Andre Churchill while they were together. The drama between this former couple does not seem to be ending soon as they are always seen throwing shades at each other when they have the chance on social media.

After an unsuccessful marriage Tonto Dikeh is back on her feet and keeps giving her fans her dose of gorgeousness by sharing stunning pictures on her Instagram account where she has almost 3 million followers. She is on a philanthropic mission to make the world a better place having established a foundation named Tonto Dikeh Foundation.

She claims the foundation was created to cater for the needs of victims of domestic violence, sexual abuse and so on. She is definitely making an impact as she was recently honoured with Peace Ambassador Award by the Niger Delta Peace Award Initiative.

Tonto Dikeh claims to have become a born again Christian calling herself “radical for Jesus”. It seems to be a serious decision for her as she is seen various times preaching the word of God and is planning on removing her tattoos soon. She recently got a plastic surgery, something that is frowned upon by the Nigerian society but isn’t worried about the criticism.

She said she has plans to proceed in her career as an actress, although this time she has Hollywood in sight but at the moment she is completely focused on raising her son “King Andre”.

In a quest to give her soon the best life possible she has moved away from the centre of Nigeria’s entertainment industry Lagos State and now resides in Abuja. Tonto claims that, as of the moment, being a good mother is the most important thing to her.

Continue Reading
You may also like...
Related Topics:biography, net worth, tonto dikeh