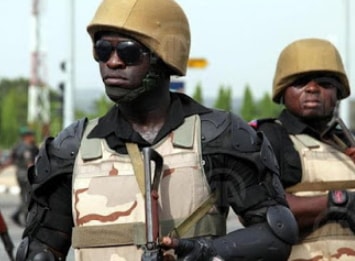 Gunmen suspected to be Fulani herdsmen on Monday killed at least two Mobile policemen at Tse- Oragbo, Nyiev in Guma Local Government Area of Benue State. This came as herders yesterday invaded Enyanwu Igwe village, Igbeagu community in Izzi Local Government Area of Ebonyi State and killed three villagers and injured two others. One of the herders also lost his life in the attack.

The policemen, who were among those deployed in the area to curtail attacks and killing of innocent citizens in Guma, were murdered by herders who invaded the now deserted community on Sunday night. It was learnt that the assailants twisted round the neck of one of the policemen after they killed him. The killings came as journalists writing for reputable national papers were barred from covering the visit of President Muhammadu Buhari to the state by security operatives.

A witness from Guma, who pleaded anonymity, said the herdsmen, bearing sophisticated weapons, carried out the killing a few hours before the arrival of President Buhari to the state.

An official of the Federal Medical Centre (FMC), Makurdi (name withheld), confirmed that the bodies of the slain policemen were deposited at the morgue of the facility.

Feelers from the government circles showed that the killing of the Mobile policemen prompted the abrupt cancellation of the President’s earlier scheduled visit to the headquarters of exercise Ayem Akpatuma formation at Gbajimba, headquarters of Guma Local Government Area and the Internally Displaced Persons (IDPs) camps. The President was also scheduled to visit the paramount ruler of the Tiv nation, the Tor Tiv, Prof. James Ayatse, but the itinerary was later cut down.

Buhari arrived the Makurdi Airport at exactly 10:44a.m. and headed straight to the Government House. There he met with leaders and stakeholders. But many journalists, especially correspondents in Benue State, who were on hand to cover the visit, were prevented from accessing the venue. Security personnel mainly of the Department of State Services (DSS) and Mobile policemen, who spearheaded the blockade of the journalists from covering the visit, gave no reason for their action.

Buhari was in Benue to commiserate with the government and people of the state over the killing of 73 victims on New Year’d Day and other ongoing killings in the state.

The mass burial for the 24 people killed last week at Omusu-Edumoga village in Okpokwu Local Government Area, which was put off by the state government due to the visit of the president, would now be held on Thursday, after a requiem service. Meanwhile, the herdsmen vandalised some vehicles belonging to residents of Enyanwu Igwe village. They also cut down economic trees.

However, one herdsman lost his life in the incident. One of the villagers, Okemini Nwachi had gone to the back of his house to tie his native cow to a tree when he was attacked by a herdsman. 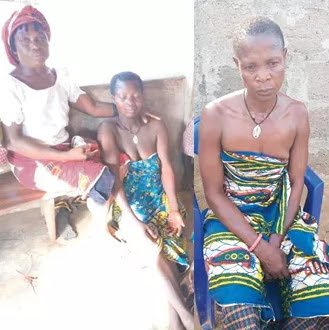 When some men in the village, who were in their farms, heard the incident, they quickly rushed home and apprehended two of the herdsmen. One sustained injuries. Soldiers later took the two herdsmen away. One of the herdsmen, however, died on the road.

The state Police Public Relations Officer (PPRO), ASP Loveth Odah, confirmed the incident. He said: “About 9:32a.m. when we were about going for management committee meeting, the Commissioner of Police received a call that there was trouble between Fulani herdsmen and the residents of Enyanwu Igwe village, Igbeagu community in Izzi Local Government Area.”