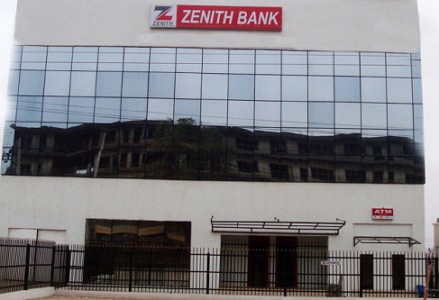 Witnesses told New Telegraph that the bandits who carried sophisticated weapons, came in a Toyota Corolla car known local parlance as “Duck Nyash” firing sporadically in the air opposite Zenith Bank PLC located along J. S Tarka way Gboko to scare the public and customers who queued up to withdraw money at ATM machines.

According to the source, after scaring people, the kidnappers left and returned within two minutes in the same manner, but this time they succeeded in kidnapping Mr. Agbo who was believed to be their target leaving his (the victim’s) vehicle at the bank premises.

When contacted, the two Divisional Police Officers in Gboko A and B Divisions who were already there at the scene of the incident with their team of armed officers and other uniformed men, declined comments and referred our correspondent to the PPRO.

But a source from the police revealed that, the kidnappers left the town through the Gboko-Lesel-Ihugh route while police were said to be following them to rescue the victim.

When contacted, the chairman Gboko Traders Association on Tofi line of the main market, Mr. Nonso Okonkwo, confirmed the incident, saying the victim is an active member of the association.

The state Police Command’s Public Relations Officer, DSP Moses Yamu said he was not aware of the incident when New Telegraph sought his reaction on the incident barely four hours after it happened.