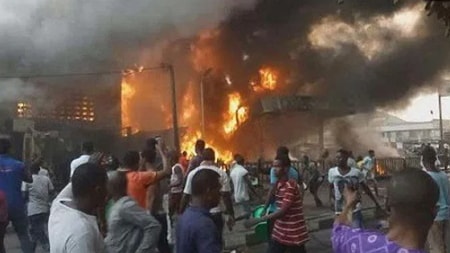 “All I can tell you for now is that I am on my way to the scene to help in evacuation of casualties. Nobody can tell you the number of dead and injured victims for now,” he said.

A resident of Mubi, who was simply identified as Buba, said the two explosions occurred in a mosque and a second hand clothes market in the town.

“The blasts occurred at the Gwonjo market and a mosque which is about 20 meters away,” he said. [NAN]